We are thrilled to be hired as the Construction Manager and join an innovative partnership between Hamilton Health Sciences and CONNECT Communities, for the creation of a new Acquired Brain Injury (ABI) and Stroke Community Transitional Residence in Hamilton.  The residence will hold a program called Connect Hamilton, and includes the development of townhouse complex with six homes containing seven bedrooms each on the Stoney Creek Mountain.

Scheduled to open fall 2018, the complex to be built at 26 Upper Mount Albion Road, designed by DPAI Architects, will be composed of three 2-storey residential wings connected by a 2-storey common space, and will have capacity for 42 people, including 28 bedrooms funded through Hamilton Health Sciences. As well, a 1-storey outbuilding will provide additional amenity for the residents. “Our organization is excited by this opportunity to bring our Life Redesign ModelTM to Ontario,” says Patti Flaherty, President and COO of CONNECT. “Our model is centred on a doing-with coaching culture where we partner with our residents to set and meet goals, build equitable relationships through meaningful participation in the community to help them redesign their lives. Our team of rehab professionals work in a home environment where services are created around what each person wants more of in life.”

The CONNECT Hamilton program is for people with acquired brain injury, and is focused on helping them redesign their lives in at-home settings.  It will be staffed by a clinical coaching team of health professionals from a variety of disciplines, including, but not limited to nursing, occupational therapy, physiotherapy, speech language pathology and others.

A crowd of approximately 50 attended the Ground Breaking celebration at the future site on October 17th, 2017. For more information on this project and/or any of our other exciting projects email or call Ron Worrall – Vice President – Business Development 905-297-4653 ext. 16.

When the doors closed after 90 years at Robert Land Elementary School in Hamilton, proud neighbours and concerned citizens rallied together with one common goal in mind – creating a home for innovative programs and services aimed to help improve the quality of life and enhance the social well-being for neighbourhood families. In 2006, the Eva Rothwell Resource Centre opened its doors and its hearts to the community. The centre has since been a leader in creating a better community in the Hamilton area inspiring bigger dreams and unlocking hidden potential in all the people it has the opportunity to interface with. In 2015 Ira McDonald Construction was introduced to a partnering opportunity with the Inner City Outreach Ministry  Young Mom’s Program.  As a family-owned and operated company, IMC strongly embraces and fosters family values, therefore this was a very welcomed partnership and we were ecstatic to help support such a wonderful program.  The Young Moms program regularly hosts Young Moms and their children at the Centre. The Renovation Campaign was an initiative created to provide an inviting and comfortable space for the young moms and their children to come together and connect with their peers for mentoring, support and friendship. The basement space where the group met had a cold institutional like feel and the Program Director, Don MacVicar, realizing the need to upgrade the interior space, approached Ira McDonald Construction to help with an interior upgrade.   IMC staff, along with their industry colleagues and subcontractors, volunteered their time, expertise, labour and materials to help give the space a much-needed facelift.

The Inner City Outreach Young Mom’s Program was developed to help improve quality of life and enhance social well-being in the community thus create a better environment to raise a child in the high risk area of Hamilton.  The success of the renovation campaign was dependent on the support and expertise of our community partners.  IMC reached out to many industry colleagues for partnership at various levels of the renovation process, and we are amazed at the overwhelming positive response we have received. We have had VCT Tiles, Paint, Drywall, Electrical Conduits, Sockets, Lighting, HM Doors and Door Frames and various other labour components donated. The Grand Opening of the newly renovated space was held on September 26th. To find out more information about this program, please contact Keziah Folarin-Babatunde. Edited November 3rd, 2016: It is projects and efforts like this that make a real change – Individually, for companies like ours, and in the community! The space is now open and is being enjoyed by the participants of the Young Moms Program. “We Love it” according to one mom interviewed in this wonderful article published in the Hamilton Spectator: A new room for young moms. IMC is honoured to be involved in this community initiative, and are proud of all our industry colleagues and subcontractors who contributed . A special thank you to our Keziah Folarin-Babatunde for her dedication and efforts in the project.

As a follow up to one of our previous posts found here, IMC is proud to share some news on the Royal Botanical Gardens – Rock Gardens Rejuvenation Project.

Rebuilding the original rock gardens, constructed more than 80 years ago, and constructing a new Visitor Centre has been an exciting program since the project’s inception.  Many memories have been created over the years at the Rock Gardens and IMC is taking great pride in helping to not only preserve those special moments, but create many more for generations to come.

The interest and excitement is growing as this iconic project becomes so much more visible and publicized. We are thrilled to share the below images, and encourage all to take a look at the below links, for some great media coverage and videos on the Gardens and the Rejuvenation project as a whole.

It’s been a busy summer at IMC! If you have any questions, please don’t hesitate to email us at info@iramcdonald.com.
Don’t forget to follow us on Twitter and LinkedIn

“The renovations being made to the garden will allow RBG to present one of their signature spaces in a brand new way – respecting the heritage, look and feel of a historic past, and celebrating a new era with a modern, beautiful, sensitive and significant renovation. The rejuvenation will provide more green space, horticultural beauty, accessibility for visitors of all ages and brand-new, world-class facilities.” rbg.ca 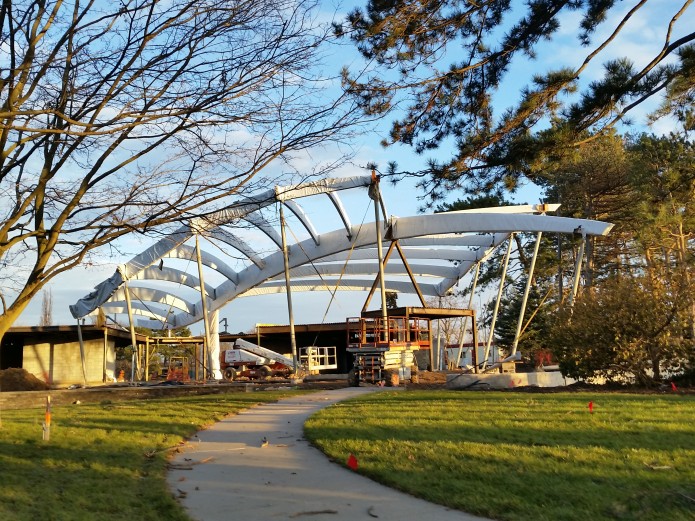 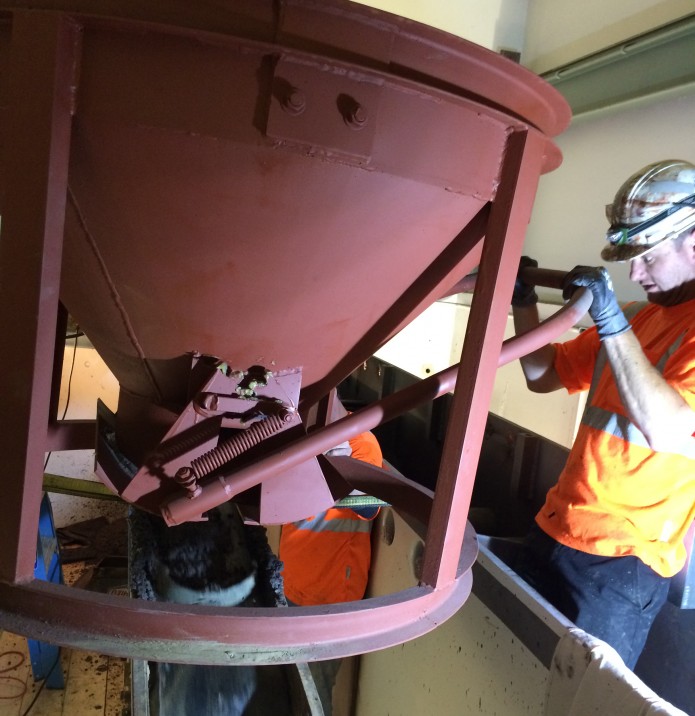